As you are probably aware, SEO is constantly evolving and practices that worked 12 months ago may or may not have the same impact when it comes to being found online.

We are always refining our strategy and keeping up to date with the best practices, to ensure our SEO services offer the best results for our client’s businesses.

The latest algorithm changes that came about last month can be seen below.
Google’s Danny Sullivan confirmed via a tweet that a new Google broad core algorithm update has rolled out.

The purpose of Google’s official statement was to communicate four insights:
> Confirmation that an algorithm update happened.
> Confirmation that this is a major algorithm update.
> Communicate that the change was to improve how Google matches relevant results to search queries.
> Sites that lost rankings did not lose rankings because of poor quality.

This week we released a broad core algorithm update, as we do several times per year. Our guidance about such updates remains the same as in March, as we covered here: https://t.co/uPlEdSLHoX 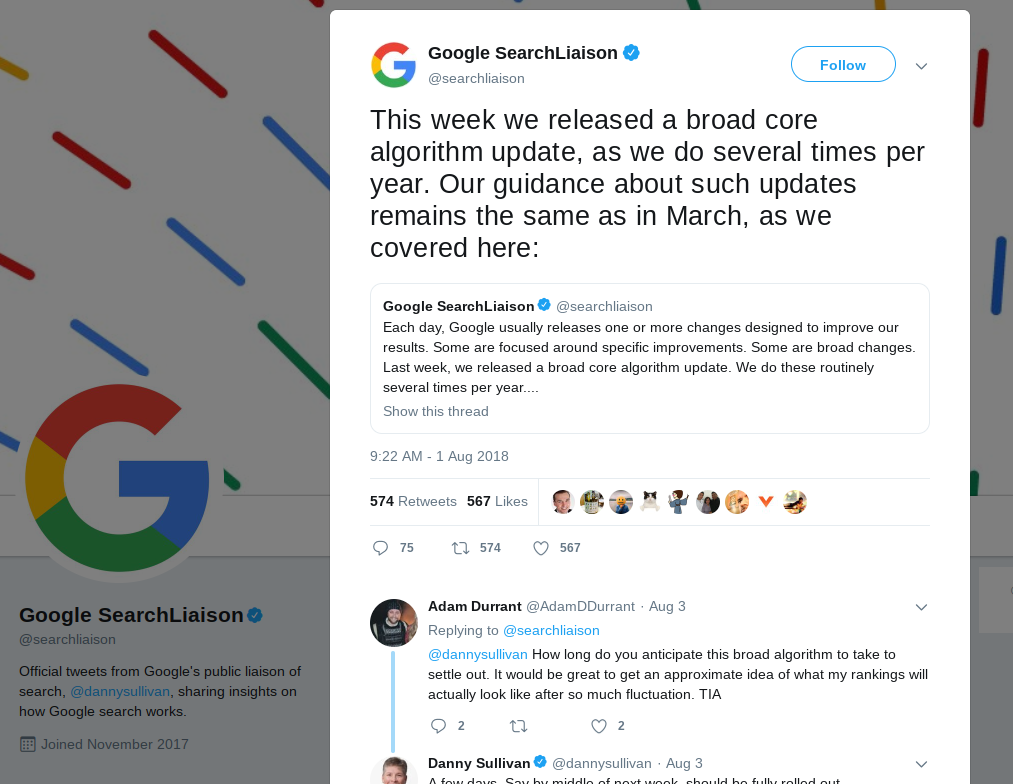 What our clients say:

AZ5 did a great job and delivered our website SEO project on time and within budget. Their determination and strategy to deliver our chosen phrases will ensure all four of the Touch Medical Media’s websites remain searchable online.

AZ5 provided an extremely professional and efficient service which saved us so much time and effort in trying to maintain our website in house.

It’s always a pleasure working with AZ5. They are supportive, responsive and friendly – with exceptional design, development and SEO skills taking Blackrookmedia.com to the next level. I have no hesitation in recommending them.